Re-usable, water-repellent coveralls designed to be worn in cleanrooms could serve as protective clothing for medical personnel, according to research undertaken by Krüss GmbH of Hamburg, Germany. 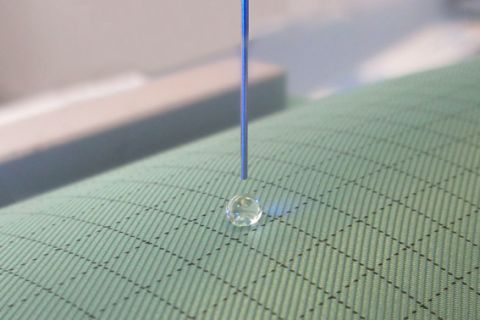 Medical professionals currently rely on disposable items of personal protective equipment (PPE), such as gowns, to protect themselves from infectious droplets of liquid. The supply of these gowns is limited, however.

Working with Dastex Reinraumzubehör GmbH & Co KG of Muggensturm and OHB System AG of Bremen, both in Germany, testing equipment manufacturer Krüss has found that when modified with a coating of polytetrafluoroethylene (PTFE), the fabrics used to produce coveralls for engineers constructing satellites are highly hydrophobic, meaning that they could protect wearers from infectious droplets of liquid. Further, the partners found that measuring the contact-angle (the angle between the surface of the liquid and the outline of the contact surface) of droplets present on the surface of the coveralls is a straightforward way of testing the protection provided by clothing from infectious droplets of liquid.

The modified fabric was found to be highly repellent to large droplets of water. To investigate further the protection it provides from coughing and sneezing patients, tiny droplets of liquid were applied to the materials at high speed, and microscopy-based contact-angle measurements proved that these too were repelled. Further, after 120 washing cycles, the fabric retained its hydrophobicity.

Until now, the levels of protection from droplets of liquid provided by medical clothing could only be determined in specialised laboratories. In contrast, coated textiles for other uses are often tested using improvised methods that are not rigorous enough for medical standards. Krüss says that contact-angle measurements are not only a valid means for characterising the hydrophobicity of textiles, but can also be carried-out quickly, easily and on-site, if necessary.

Results of the study will be presented on 18 February 2021 by Thomas Willers of Krüss at the World Congress on Textile Coating, which will be held online on 11–12 and 18–19 February.

Dastex and OHB System are part of a consortium developing a filtered ventilation system (Upwind-900) designed to prevent the spread of airborne pathogens (such as the SARS-Cov-2 virus) in enclosed spaces(1).

Albaad invests in line for the production of biodegradable nonwoven

Nanofibre is made from recycled polyester

15 April 2021
Please find below the list of forthcoming conferences and exhibitions on technical textiles and nonwovens.
Read more 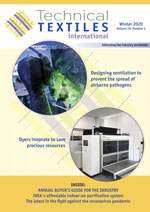 World Markets for Technical Textiles To 2022 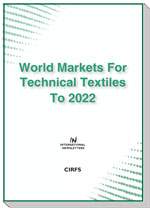 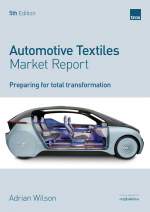 Automotive Nonwovens 3rd edition: At the forefront of new mobility 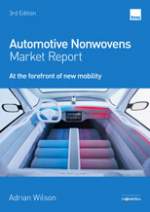