A single vented tumble dryer can discharge up to 120 million microfibres into the air each year - considerably more than is discharged into sewers and drains by a washing machine – according to a pilot study undertaken by researchers at the City University of Hong Kong in China. 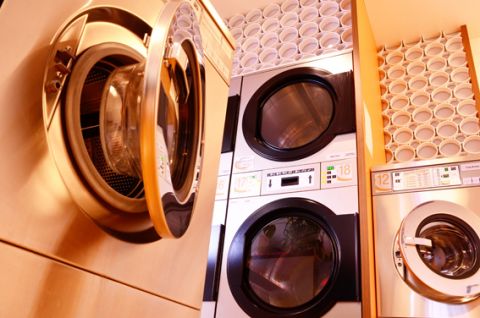 The researchers estimate that 90–120 million microfibres are produced and released into the air each year by a tumble dryer in an average Canadian household.

While the mechanisms by which fabrics shed fibres during laundering(1), and what happens to these fibres as they enter sewage-treatment plants(2), are reasonably well understood, little is known about the quantity of microfibres generated by tumble dryers that are vented directly to the outdoors. The researchers from the City University of Hong Kong – assisted by colleagues at the University of Saskatchewan in Saskatoon, Canada – therefore developed a method to count the microfibres shed by cotton and polyester (PES) clothing during tumble-drying so that they could estimate the quantity released into outdoor air from a household's laundry each year(3).

The researchers separately dried items of clothing made from PES and items made from cotton in a tumble dryer that had a vent pipe to the outdoors. As the machine ran for fifteen minutes, they collected and counted the airborne particles that exited the vent. The results show that both types of clothing produce microfibres, which the team suggests is caused by the friction of clothes rubbing against one another as they tumble around inside the machine. For both fabrics, the dryer released between 1.4 and 40 times more microscopic fragments than were generated by washing machines in previous studies on the same quantities of clothing.

Finally, the team estimates that 90–120 million microfibres are produced and released into the air outside by the average single Canadian household's tumble dryer each year. To control the release of these airborne microfibres, additional filtration systems should be adapted for dryer vents, the researchers say.

In 2020, researchers from the Institute for Polymers, Composites and Biomaterials of the National Research Council of Italy (IPCB-CNR) in Pozzuoli and the University of Plymouth in the UK demonstrated that larger quantities of microfibres are shed by items of PES clothing while they are being worn than when they are washed(4).

(2)Detecting microplastics in the environment, https://www.technical-textiles.net/node/76443

Andritz reveals its plans for Techtextil

Partners to produce yarns and textiles from microbial cellulose fibres

27 May 2022
Please find below the list of forthcoming conferences and exhibitions on technical textiles and nonwovens.
Read more