A washable, re-usable diaper made from bio-based and biodegradable materials is to be launched by Sumo of Berlin, Germany. 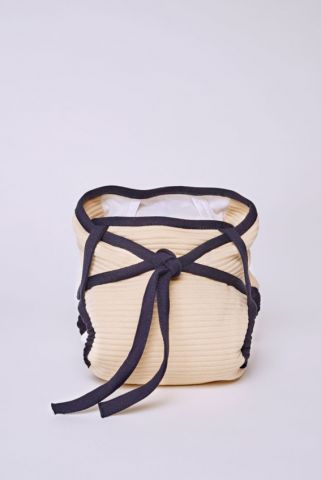 The Sumo Diaper from Sumo of Berlin, Germany. 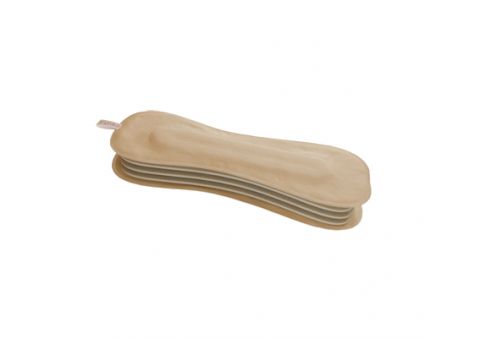 The UFO replaceable inlay, the absorbent layers of which are made using viscose fibres from Kelheim Fibres.

The waterproof Sumo cover features a knitted outer shell and a waterproof, breathable inner membrane made from SmartCell, a cellulose fibre that contains zinc oxide and is sold by smartfiber AG of Rudolstadt, Germany. Sumo says that the zinc oxide in the fibre helps to prevent the build-up of odours and is good for the skin.

The outer, skin-facing layer of the UFO inlay is made from a cellulose fibre called SeaCell, which contains seaweed and is also sold by smartfiber.

The functional layers of the washable inlay comprise needle-punched/thermobonded nonwovens made from a blend of polylactic acid (PLA) and viscose fibres, the latter supplied by Kelheim Fibres of Kelheim, Germany.

The acquisition distribution layer (ADL) in the inlay is made using Galaxy, a trilobal viscose fibre that absorbs 25–30% more fluid than cotton or standard viscose fibres(1).

The core of the inlay is made using Bramante(2), a viscose fibre with a hollow cross-section where fluid is stored. Kelheim Fibres says that Bramante not only delivers an excellent absorption capacity, but also a moisture-retention level of 260%—in contrast to 50% in cotton fibres. The liquid remains inside the fibre, even under pressure. As a result, the wearer feels comfortable and dry.

Kelheim says that, in testing, these functional layers perform significantly better in terms of their air-permeability, liquid-absorption and rewetting than commercially available products made from synthetic fibres or cotton in knitted structures.

The Dreamliner is designed to catch faeces while allowing liquids to be absorbed. It is placed between the UFO inlay and the baby's skin. Made entirely from cellulose, it is suitable for composting.

The Sumo Diaper will be launched on 1 May 2022. For the development of the re-usable cellulose-based nonwovens used in the diaper, Kelheim Fibres and Sumo have been nominated for the IDEA Long-Life Product Achievement Award, which will be presented at IDEA 2022 in Miami Beach on 28–31 March.

Andritz updates pilot line for the production of plastic-free wipes